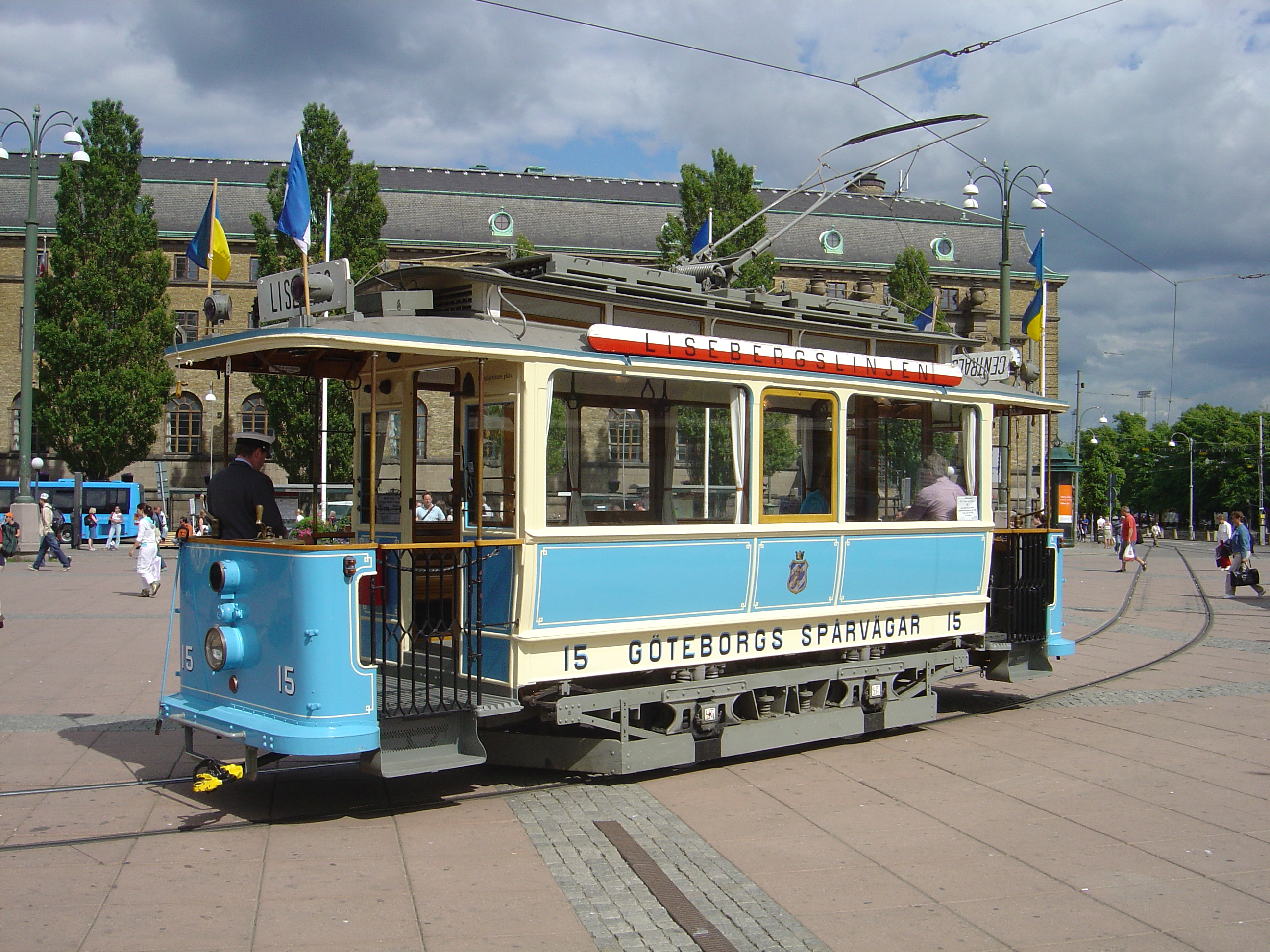 Motor car with open platforms. One of the first trams from electrification in 1902

M1 15 is the association's and Gothenburg's oldest preserved electric tram and it is over 100 years old. Its appearance is from 1902 - 1906 and is thus one of the first trams from the electrification. Both the rear and front platforms are open which means that it is only used on hot days. Inside it has curtains and beautiful ceiling lights. Passengers sit on long benches on the sides.

Tram 15 was one of the trams that was ordered by Gothenburg Tramways from ASEA prior to the construction of the electric tramway in Gothenburg. In 1914, like the other trams of the same type, it was rebuilt to type M4 and received platform protection for drivers and conductors.

The tram was used as a motor car until February 15, 1921, when it was degraded to a trailer. However, neither the motors nor the pantograph were removed, but it was used as a trailer with a motor and a lowered pantograph. It was then used in normal traffic until April 17, 1929, when the 50th anniversary of the Tramway was to be celebrated. It was then decided to preserve it as a museum tram and it was restored to its original appearance from 1902. This was completed on September 17 of the same year and it was displayed in Gothenburg together with the horse tram. So it became Gothenburg's first museum tram.

The tram was, after the anniverary, stored in Saltholmen for decades. It was not until the 100th anniversary that the wagon went into the town again.

Ringlinien has since restored the tram, among other things, the brakes have been improved, due to modern requirements for reliability and safety.